Edward E. Gordon is an internationally recognized historian, speaker, researcher, and author. For 20 years Dr. Gordon taught at DePaul, Loyola, and Northwestern Universities in Chicago. He has made presentations over the last 30 years at museums, colleges, universities, conferences, and to professional associations and community organizations. (View client list) Dr. Gordon was a Distinguished Lecturer for the Organization of American Historians. He has provided presentations on various aspects of World War II at the Palm Springs Air Museum for the last 15 years. In the fall of 2019 in celebration of the 75th anniversary of the D-Day landings, Ed was the historian for a 10-day tour of the Normandy beaches and other historic sites sponsored by the Palm Springs Air Museum.

Ed Gordon is the author or co-author of 21 books in the fields of history, business, and education. His latest book, Divided on D-Day: How Conflcts and Rivalries Jeopardized the Allied Victory at Normandy (Prometheus Books), co-authored with David Ramsay is the culmination of 15 years of research on the Normandy invasion and the 3-month campaign that followed. His comprehensive history of U.S. literacy, Literacy in America (Praeger, 2003) co-authored with Elaine Gordon, was praised both for its scholarship and lively first-person accounts. He also has written Future Jobs: Solving the Employment and Skills Crisis (Praeger, 2013 & 2018), and Winning the Global Talent Showdown (Berrett-Koehler, 2009) that give his perspectives as a historical economist on today’s strategic workforce issues.

Ed Gordon has been quoted in or written over 300 articles in major newspapers, popular magazines, business publications, and history and education journals He has also appeared on the CBS Network’s, “The Early Show,” PBS News Hour, CNN, NBC, Bloomberg TV, WGN, NPR, USA Radio, and Yahoo. As a professional speaker, he has been heard by over 300,000 people and millions more on radio, television, and the Internet. 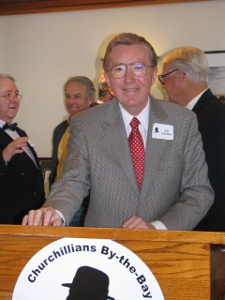 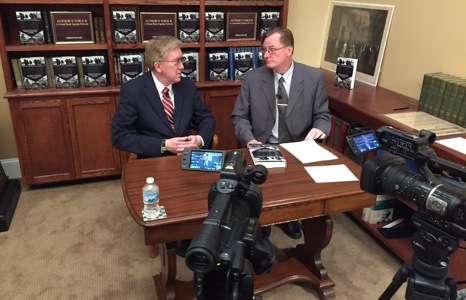