“Zeppelins: Giants of the Sky”

Zeppelins were the world’s first commercial airliners. By 1914 German zeppelins had carried over 10,000 paying passengers on more than 1,500 flights! These huge metal-framed aircraft with multiple gas bags had significant passenger and freight capacities. This program will explore the fascinating history of their development in many nations, their epic voyages, and their vulnerabilities as illustrated by the crash of the Hindenburg in 1937.

In June 1940 after the fall of France, the United Kingdom stood alone against Hitler’s formidable armies. Over the following summer the aerial conflict between the Royal Air Force and the Luftwaffe in the skies over England became one of the key air campaigns of World War II. Britain’s great air victory helped prevent a German invasion and ultimately helped sow the seeds of defeat for Nazi Germany.

During World War II, British and American strategic bombing of Germany produced controversial results still argued about today and some of the highest casualty rates of the war. In this program Ed Gordon tells the story of the gallant allied airmen who by laying down their lives helped to shorten the war in Europe. They also participated in testing the breakthrough aviation technology that became the foundation of modern aviation.

“Fireball in the Night: The Fire Bombing of Japan and the Atomic Bomb Controversy”

Starting with the daring Doolittle raid on Tokyo in April 1942, American air power was the key factor in the defeat of Japan. Later after U.S. forces conquered the Mariana Islands, and the air strips constructed there enabled B-29 bombers to effectively firebomb almost all of Japan’s major cities. While the dropping of atomic bombs on Hiroshima and Nagasaki remains controversial to this day, this caused the Emperor of Japan to act decisively to end the war. 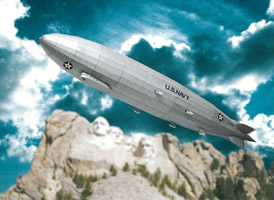